Educational and economic opportunity depends on access to affordable,high-speed Internet access. The COVID-19 pandemic—and society’s increasedrelianceon broadband Internet access during the crisis—has amplified theseexisting disparities. This barrier disproportionately hurts low incomefamilies and minorities. With the pandemic disproportionately affecting manylow-income and minority groups, the families who were already the mostvulnerable may now face even more challenges during a long-term economicrecession. To address this challenge, are building public maps, datasets, andopen-source tools to help communities better assess the quality andaccessibility of broadband. By creating accurate maps, we will highlight theprecise areas most in need of targeted intervention to improve access, in theshort term allowing more students and workers to be remote and in the longterm building internet connectivity as a pathway out of poverty.This project is a new, multi-disciplinary effort, building on more than adecade of research in network measurement and data science in service ofmeasuring the performance of broadband Internet. Our early work informed thedesign and development of performance tests that are now widely used in theFederal Communications Commission (FCC)’s Measuring Broadband America Program.Over the past decade, our work has also developed new techniques to infer thequality of streamingvideo from encrypted traffic streams from popular videoon demand services (e.g., YouTube, Netflix, Amazon, Facebook), as well as tounderstand the utilization and performance of common video conferencingapplications (e.g., Zoom, Meet, Teams). I will describe our past work in these three areas over the past decade, aswell as new technical and societal challenges for bridging the urban digitaldivide in cities across the United States and the world. In addition todescribingpast work, I will discuss early work addressing these challenges inChicago, where we are bringing to bear not only technical network measurementexpertise, but also a holistic approach that can help understand complexpolicy and societal questions aroundadoption of Internet access (or lackthereof), and how Internet penetration in urban neighborhoods ultimatelyaffects outcomes, from education to healthcare. 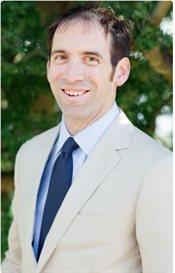 Nick Feamster, who has earned accolades for his efforts to unmask spammers and solve other real-world computer problems, joined the Computer Science Department in 2015 as a professor, after nine years on the faculty at Georgia Tech. He summarizes the motivation behind his research in a single sentence: “Nobody notices when the network works well, but everyone suffers when it doesn’t.” His work on experimental networked systems and security aims to make networks easier to manage, more secure, and more available. During the past three years, he has focused on Internet censorship and information control, home and access networks, and software defined networking. The MIT Technology Review named Professor Feamster to its list of top innovators under 35 in 2010, citing his study of “the suspicious behavior of spam.” He earned his doctorate in computer science in 2005 from MIT, where he also did his undergraduate work. He is an ACM Fellow. He received the NSF Presidential Early Career Award for Scientists and Engineers (PECASE), an Alfred P. Sloan Fellowship, the NSF Career Award, and the IBM Faculty Award.