Mind your Ps and Qs: The Promise and Peril of the Quantum Information Revolution

It is now established that processors using the counter-intuitive quantum phenomena of superposition and entanglement can in principle solve problems that would be completely inaccessible to classical computing hardware. And there have now been the first demonstrations of ‘quantum supremacy’, in which quantum hardware actually does surpass classical hardware for some computational task. However, there is still a large gap between existing capabilities and ‘fault-tolerant’ quantum processors that will be necessary for some applications. We’ll look at the current status, some promising applications, and some new approaches to help bridge the gap 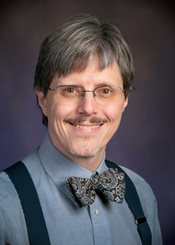 Paul G. Kwiatis the Bardeen Chair in Physics, at the University of Illinois Urbana-Champaign,and was the inaugural Director of the IllinoisQuantum Information Science andTechnology Center (IQUIST). A Fellow of the American Physical Society and the Optical Society of America, and recipient of the OSA 2009 R. W. Wood Prize, he has given invited talks at numerous national and international conferences, and has authored over 160 articles on various topics in quantum optics and quantum information. His research includes optical realizations of various quantum information protocols, particularly using entangled—and hyperentangled—photons to implement advanced quantum communication.