Last spring, several CSL students’ research was selected to be the focus of a reproducibility competition at SC20, the flagship supercomputing conference in November. The continuation of that research resulted in the students, sponsored by the IBM-Illinois Center for Cognitive Computing Systems Research (C3SR), winning two additional awards at that same conference, for their research that will be used by governmental agencies for years to come. 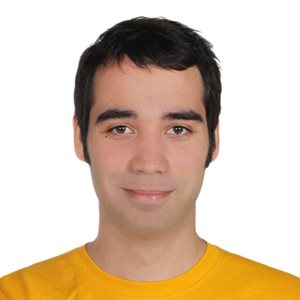 “If we didn’t have that first paper (selected for the competition) to really establish our credibility in the supercomputing community, it would be more challenging to win the Best Paper at a large international event like this,” said Wen-mei Hwu, CSL Professor Emeritus. “This type of work takes years to come together. To Mert’s credit, he was able to navigate through all the steps and delivered in a very credible, impressive way. I’m very proud of him.”

The work began as part of Hidayetoglu’s internship at Argonne National Labs and continued as a collaboration with C3SR after he returned to Illinois. The project addresses the issue that massive data samples produced by high-energy synchrotron X-Ray instruments need to be processed by solving a massive system of linear equations to estimate the internal structure of the specimen being measured. This is similar to the popular X-ray CT image reconstruction in medical settings, except the complexity is much higher due to the resolution requirements. The number of samples, unknown variables, and number of equations required by this project is orders of magnitude higher than medical X-ray reconstructions. Hidayetoglu and the team developed algorithms that allow iterative improvement of the resolution and accuracy of the estimated image that represents the structure of the specimen. In order to test their algorithms, the group worked with up to 24,576 graphic processing units (GPUs) of the Summit Supercomputer at the Oak Ridge National Laboratory, the world’s fastest supercomputer. 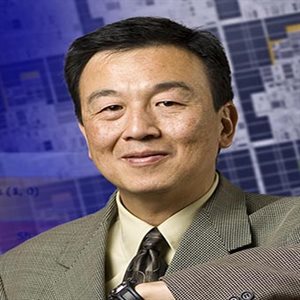 One of the applications of this type of imaging is used to reverse-engineer semiconductor chips in order to detect any Trojan horse that could be buried in the chip. This could hold significant national security implications as right now they are being limited by computational capacity. The work being done by this team would provide “orders of magnitude better analysis capability,” according to Hwu.

“This code will be used in the Department of Energy national labs in the coming year for science production, so it will hopefully be one of the legacy codes that will be used for years,” said Hidayetoglu, doctoral student in electrical and computer engineering. “Scientists will use this code and the applications for production, so maybe this will help scientific discoveries in future year in many areas. That’s also very exciting.”