CSL’s Rakesh Kumar has built a distinguished career as an engineer, winning numerous awards for his technical papers, teaching, and advising—and he’s now sharing his ruminations about technology with a general audience. His first book, Reluctant Technophiles: India’s Complicated Relationship with Technology, offers an informed perspective on technology’s true potential and limitations in the all-too-messy real world. The newly released book has appeared at #35 on Amazon’s list of bestsellers in Sociology, and is on GQ India’s list of best nonfiction books of 2021.

“I think there are very important debates happening in society that have a technology slant, or that affect technology, or that get affected by technology,” says Kumar, who is a professor in Electrical & Computer Engineering. “And I believe that people with deep understanding of technology should be participants in those debates." 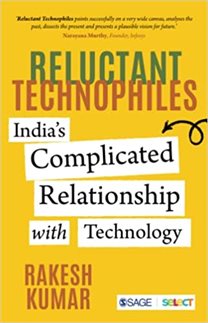 Kumar says that books are already available on the history of technology in India, or speculating on the future of technology in India. His book is different in that it doesn’t consider technology alone, but reflects on how technology, society, and policy impact and inform each other. “Essentially, technology cannot exist in a vacuum,” he says. “Both the benefits and limitations of technology depend highly on the societal context it’s being used and evaluated in. And they are completely intertwined. You can’t separate them out. And therefore one needs a very clear and deep understanding of how these interact with each other.”

The book examines a set of recurring themes that Kumar has observed in India’s relationship with technology—all of which, he points out, are universal phenomena, although Reluctant Technophiles discusses them specifically in the context of India.

For example, he considers the issue of technology as “scapegoat”: the tendency of people to avoid tough, deep-seated societal challenges by blaming technology. In the U.S., for example, “we often blame Facebook for determining the outcome of an election; well, is it really Facebook? Or is it the fact that people are increasingly tribalistic, including ones that don’t spend any time on Facebook?... Then there is increasing radicalization or indoctrination; is it really the fault of 8Chan or 4Chan, or is it the fact that there are these ideologies that continue to simmer?”

He gives particular attention to some people’s exaggerated sense of technology’s capacity to solve problems. “There’s a problem with democracy? Use this tool! There’s a problem with the environment? Use that technology!... It’s ‘solutionism,’ where you think that every problem in the world can be mapped to some kind of efficiency problem, and then you can invent or identify a technology to solve that problem.” 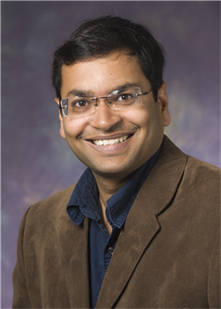 The bottom line of Reluctant Technophiles is that the benefits and challenges of technology depend on the unique context in which it exists: that context’s history, its inequalities, its society, and so forth. Awareness of that context can help us benefit from technology in the most effective way. India, for example, faces tough problems—particularly those of poverty, inequity, and access to education—that impose fundamental limitations on what technology can achieve, and that cannot be solved by technology alone. Kumar hopes the book will lead to a more informed public conversation about crucial issues that fall at the intersection of technology, society, and policy.

He admits that he greatly enjoyed writing the book. “It gave me an opportunity to explore these themes fully, and really think about the different kinds of complexities that affect the impact technology can have, as well as the ways in which technology can impact a complex society. Also, what does this all mean; where do we go from here?... Hopefully this will be interesting to others who are intrigued by the different ways in which technology and society and policy interact with each other.”