In March 2021, University of Illinois graduate student Brian Doolittle was awarded a fellowship through the NSF-funded QSIE-NET managed by the University of Chicago to develop an academia-industry collaboration. He partnered with the Toronto-based company Xanadu to develop computational tools for investigating quantum networks. The result, a publicly released software suite called qNetVO, has not only reproduced known mathematical results, but it has also extended the existing theory: Doolittle and his collaborators used it to show that quantum networks are more robust to noise than originally thought.

Doolittle is in the research group of Eric Chitambar, associate professor of electrical and computer engineering, executive committee member of the Illinois Quantum Information Science and Technology Center, and member of the Coordinated Science Laboratory. Chitambar has known the founder of Xanadu, Christian Weedbrook, since they were postdoctoral researchers together at the University of Toronto. They had wanted to collaborate on a software project for some time, and Chitambar recalls that Doolittle’s interest in software and networks “seemed like a very natural way to bring [Weedbrook] in or to at least get involved with Xanadu.” 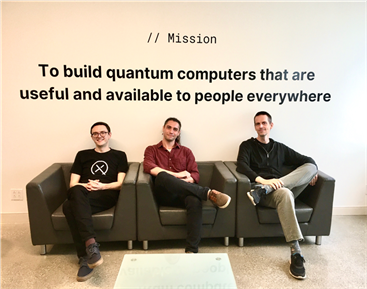 Working with Xanadu employees Tom Bromley, a staff theoretical physicist, and Nathan Killoran, the head of software, Doolittle developed the qNetVO software package to study quantum networks, channels for transmitting quantum information that will be crucial to the implementation of emerging quantum technologies.

qNetVO was developed using Xanadu’s PennyLane framework for programming quantum hardware. “The special thing about PennyLane,” according to Doolittle, “is that … it’s actually something that can be tuned and trained like a neural network,” an object used in conventional machine learning. The researchers exploited this feature to develop an algorithm allowing classical computers to adjust and optimize the properties of real-world quantum hardware.

When they applied qNetVO to actual quantum networks, they obtained surprising results on the effects of noise. Managing random noise from the surrounding environment and imperfect hardware is the greatest barrier to realizing quantum technology. Conventional wisdom says that a single bad component can ruin an entire quantum network. However, qNetVO simulations indicate that this is not completely true: by appropriately adjusting the whole network, it is possible to overcome the effects of bad components and maintain the network’s quantum properties.

This result challenges the way we think about quantum systems and how we design them. Doolittle and his Xanadu collaborators are currently exploring how to generalize their results and develop tools that can be used to mitigate the effects of noise in large scale implementations of quantum networking beyond the lab.

Doolittle and his collaborators' research is available on arXiv. Xanadu also explains the science behind their work in a post on PennyLane Blog.